She is speaking with an important agent in the industry 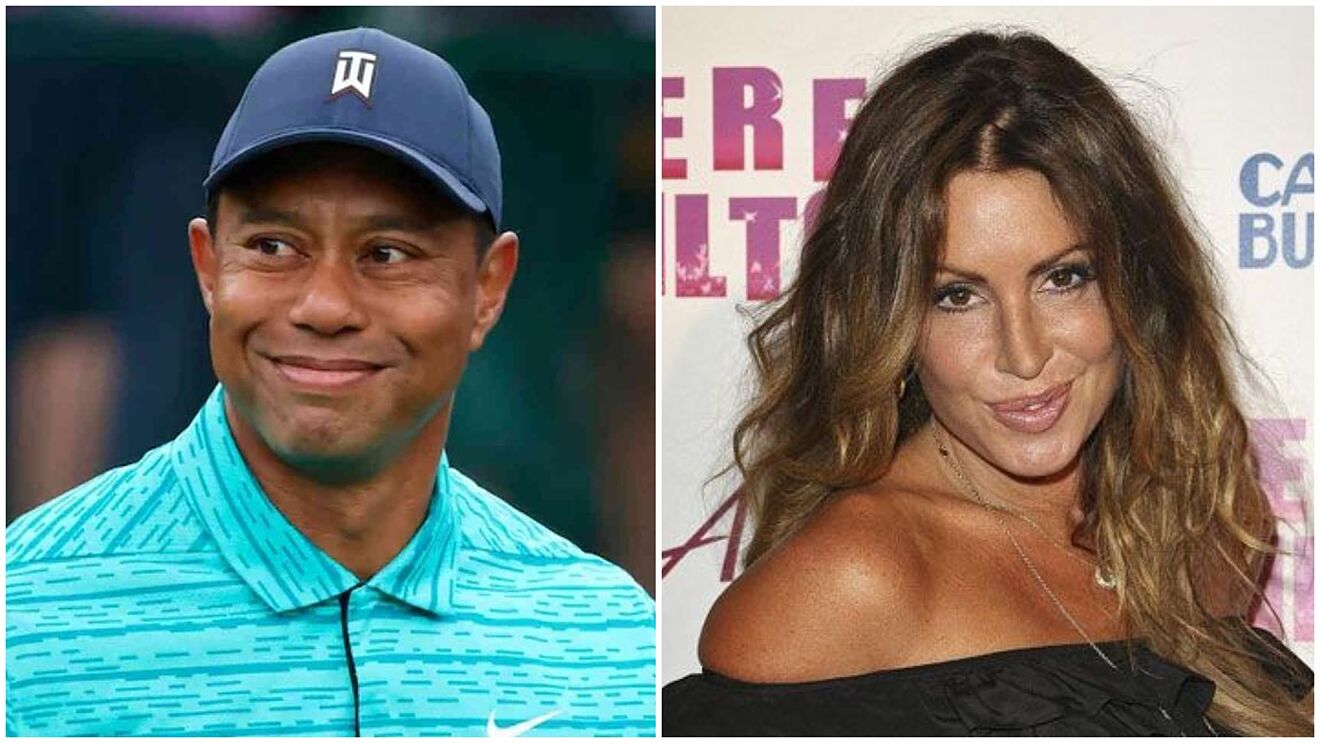 Rachel Uchitel, who rose to fame as Tiger Woods‘ mistress, is shopping a tell-all book with super agent David Vigliano.

The rumoured book will touch upon several aspects of Uchitel‘s life, including the death of her fiance during the 9/11 attacks.

According to Page Six, the book will also address her father’s death from a drug overdose, as well as her own addiction issues, which she discussed to great lengths when she was on Season 4 of ‘Celebrity Rehab with Dr. Drew’. 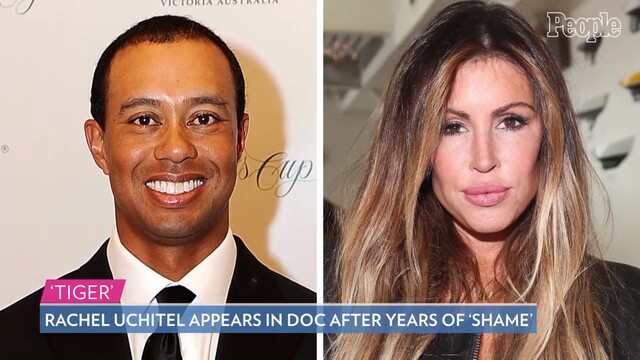 However, the biggest draw of the book will most likely be her alleged affair with Woods. In November 2009, the National Enquirer published a story claiming that the golfer had had an extramarital affair with Uchitel, who was a New York City nightclub manager at the time and who denied the relationship.

In December of 2009, after he’d been in a car crash, Woods admitted he’d had an affair and apologised. 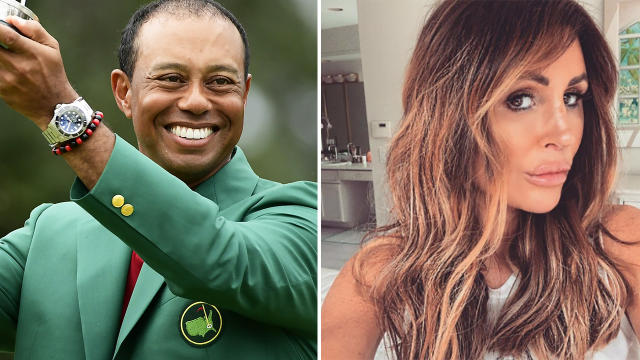 “I have let my family down and I regret those transgressions with all of my heart,” he said.

“I am not without faults and I am far short of perfect.

“I am dealing with my behaviour and personal failings behind closed doors with my family. Those feelings should be shared by us alone.”

Now, we may finally hear Rachel Uchitel‘s side of the story.

“Everyone thinks they know her story, but they really don’t,” a source told Page Six.

Who is David Vigliano?

His new client could make a major sum if she goes ahead and publishes the book. 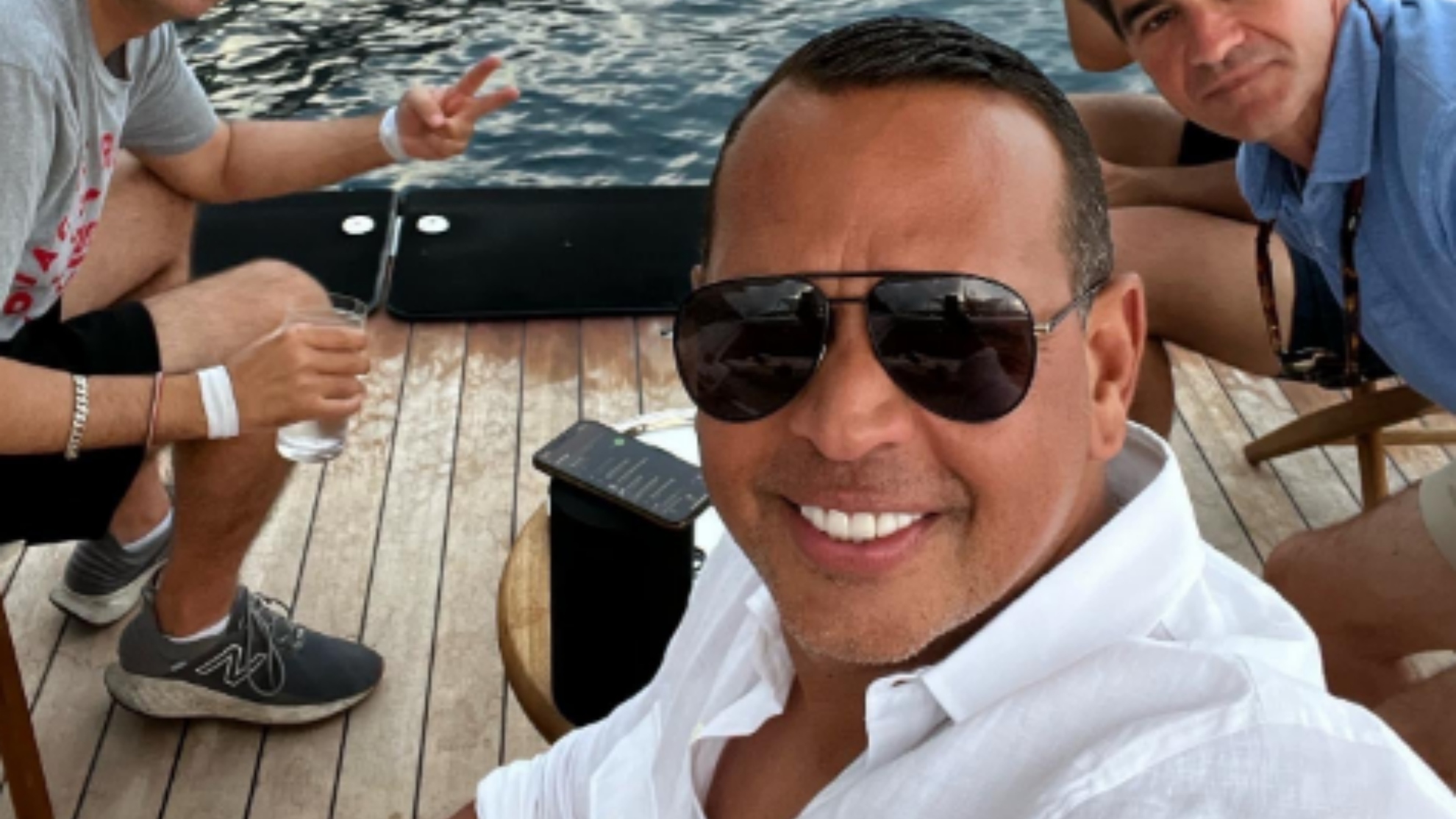 Apart from her affair with Woods, Uchitel was also involved with ‘Bones’ actor David Boreanaz.

Prior to her rise to fame, Uchitel was also a news producer at Bloomberg soon after graduating from college

Stylish or vulgar? With fluorescent interior, Floyd Mayweather rides around in an almost $8 million Rolls-Royce Boxing legend  Floyd Mayweather Jr. appeared this week sporting a new “toy”. On Instagram, he posted a video of the latest addition to his luxury car collection: a Rolls-Royce Cullinan. The vehicle, which is worth from $ 1.7 million in the U.S. market, has a completely customized interior.

With steering wheel, seats and part of the dashboard in a lime green color, Mayweather’s black SUV also features a “starry” roof. For the registration, the 45-year-old boxer wore an outfit to match the car’s style.

The customization was ordered by the former athlete from the Champion Motoring dealership in California. On social networks, the company had already published images of the car, but without “giving away” who would be the owner.

The Cullinan has a 6.75-liter V12 engine that generates 543 horsepower and 86.6 kgfm of torque. According to the portal ‘Auto Evolution’, the model can reach 100 km/h in 5.2 seconds and has a top speed electronically limited to 249 km/h. This is the sixth Rolls-Royce of Mayweather, who already had another Cullinan in his collection.

The legendary boxer has always been a supercar aficionado and says he owns more than 100 of them.

During his career in the ring, the boxer earned the nickname ‘Money’ for being the highest paid athlete in the world. The former boxer was only overtaken in 2016 by Cristiano Ronaldo. Despite being officially retired for several years now, Floyd Mayweather Jr. remains a coveted name on any billboard. In addition, “Money” continues to be active by appearing in different exhibition fights. In fact, he already confirmed to the FightHype portal: “I have three more exhibitions this year, it could be one fight and two exhibitions”.

And he added: “But guess what, the best thing is that, at least, I’m talking about $200 million”.

In this interview, “Money” stated that he is willing to put his illustrious 50-0 record on the line. So as he prepares for his September fight against MMA star Mikuru Asakura, he is also said to be negotiating a rematch against 34-year-old UFC fighter Conor McGregor.

Also weighing in on the conversation was Adrien Broner, Mayweather’s pupil and considered one of the top 10 fighters in the super lightweight division, according to The Ring magazine.

He thinks a “pupil vs. master” fight would be a big box office magnet with an estimated purse of $100 million each.

In an interview with Cigar Talk, Broner came clean: “If I were Floyd, I’d know I’d never have to fight again.”

“That exhibition, me being his little brother, would give us a lot. Hey, little brother (Mayweather), we’re going 10 rounds and we’re both going to generate over $100 million for that. We’ll never have to box again,” Adrien Broner said.

In addition, “The Problem” noted, “It’s time for everyone to get what’s coming to them. He’ll never have to box again. That’s what I would have done, because that’s what I should do. I don’t know if Floyd wants to see me with that kind of money.”

He even said he is willing to comply with any of the requirements Mayweather requests to give people this opportunity to see him again in a professional fight. However, he doesn’t know if the proposal is attractive enough to convince him:

At the end of the day, I don’t know what his feelings are towards me. I don’t know how he feels. I can’t say anything. I just, I don’t know why that fight doesn’t happen. It would be the biggest moneymaker of his career,” Broner said.

Finally, “The Problem” noted, “I love Jake Paul, as well as Logan Paul. I love what they do for this sport. All I’m saying, I have a fight in three weeks. If Floyd calls me to fight him, I’ll cancel it. Floyd Mayweather is among the wealthiest athletes of all time. Several times, the Forbes list (2012, 2014, 2015, and 2018) announced Mayweather to be the world’s highest-paid athlete. Additionally, In a year-old interview, ‘Money’ had revealed he was worth over a billion. Now, in a recent update, it has been claimed that Floyd Mayweather earned a total of three billion dollars.

In a recent assessment of Floyd Mayweather’s PPV sales, it has been found that Money, in his lifetime, has gathered an amount as big as three billion dollars.

A year back when Mayweather revealed he crossed 1.2 billion dollar, he was asked how he reached that point. Mayweather had said, “I mean, the first thing is belief. I mean, I tell everybody in this room if you don’t… You got to believe first. If you don’t believe first, then you ain’t gonna never trust. You ain’t gonna never get to where you’re trying to get to. I believe I knew from the beginning I was the best in boxing from day one.”

Here is how Floyd Mayweather became the first three-billion-dollar man in the U.S. surpassing the likes of LeBron James and Michael Jordan.

Combining all the money Floyd Mayweather made from all the PPV sales we have the enormous figure of $3billion. These PPV sales that we take into consideration include his fights against the likes of Oscar De La Hoya, Canelo Alvarez, Marcos Maidana, Manny Pacquiao, Andre Berto, and ‘The Notorious’ Conor McGregor.

When Mayweather squared off with Golden Boy De La Hoya, it generated a PPV sale of 2.4 million. The fight against Canelo Alvarez on Sep 14, 2013 captured a PPV sale of 2.2 million. With Marcos Maidana, the numbers went down by a significant margin. The first fight against the Argentine generated only 900k, and the rematch, 925k total. However, the fights against Manny Pacquiao and Conor McGregor witnessed an unparalleled growth. With Pacquiao, it was 4.6million and with McGregor, $4.3million PPV buys respectively. Red Bull have signed up Formula One legend Juan Pablo Montoya’s son in their bid to find their next Max Verstappen, according to reports. Sebastian Montoya has joined the Red Bull Athletes roster as he plots a career in motorsport.

The younger Montoya was previously part of the Ferrari Driver Academy. He received support from Ferrari while he was karting for a year in 2018. Looking to follow in the footsteps of his father and former Williams and McLaren driver Juan Pablo, the 17-year-old started 2022 in good form. He recorded two wins for Mumbai Falcons in the Winter Championship Formula Regional Asia. Montoya Jnr is 10th in his rookie season in the Formula Regional European Championship, in which he is driving for Prema.

And Red Bull have now snapped up the teenager as they seek to find the gems of the sport’s next generations. His move does not mean he is part of the Red Bull Junior team, but he can receive sponsorship. That is according to F1 Feeder Series, who point out that Montoya posted a picture to his Instagram clad in Red Bull gear. His caption read: “Don’t know about you but I love my new helmet. News for today, I am a Red Bull Athlete. Thanks Red Bull for the support!”

Montoya will have hopes of one day lining up alongside Verstappen, who is also the son of a former F1 racer – Jos Verstappen. Red Bull have enjoyed an excellent 2022 season in F1, building on Verstappen’s controversial Drivers’ Championship victory last year. The Dutchman leads the championship by 63 points just beyond the midway point of the campaign.

Verstappen benefited from Charles Leclerc’s crash to win the French Grand Prix last Sunday. It was his seventh race victory of the season and means his rivals have plenty of work to do in their bid to catch the reigning champion in the final 10 races. Toto Wolff has called on the FIA to make more changes to address porpoising concerns to stop drivers from suffering brain damage. He claims drivers could suffer due to the intensity of the bouncing seen at several tracks this season.

It comes after Lewis Hamilton was seen clutching his back in pain when stepping out of the car at the Azerbaijan Grand Prix. Wolff said: “I still believe that the FIA and all of us must do something about it. “Frequencies of 1 to 1 hertz that last for a few minutes can cause brain damage. We have 6 to 7 hertz for several hours.” However, Mercedes rivals have hit back at Wolff’s push, claiming the porpoising issues have not been as bad in recent races.

Red Bull boss Christian Horner claimed he “didn’t see any issues” at the French Grand Prix or over the past three or four races. He blasted the FIA for getting involved in the debate, stressing it was not their duty to ensure Mercedes were still competitive.

However, Wolff rejected his rivals and denied that more help is needed to address the problem. He explained: “That (argument) doesn’t count because Silverstone, Paul Ricard and Austria aren’t exactly tracks we bounce that much on anyway. “I don’t want to come to Spa or some of the later races where the track isn’t as smooth as a conventional racetrack and we didn’t do anything about it. There is all this talk about lobbying in both directions, but what are we talking about here anyway?”

The FIA will bring into force new rules to address porpoising concerns at the Belgian Grand Prix with a new minimum oscillation test. The governing body are also expected to raise the floors by a minimum of 25mm for next season’s regulations to help counter the issue.

Stylish or vulgar? With fluorescent interior, Floyd Mayweather rides around in an almost $8 million Rolls-Royce